Understanding and Avoiding Meaningful Use Penalties

Electronic health records are becoming a more common means of recording health information such as laboratory test results, vital signs and medical history. They also contain a patient's billing information, demographics and other data. The use of EHRs is being mandated by the federal government over time, and healthcare providers who begin using EHRs early will receive financial incentives. Those who fail to make the meaningful use of EHRs will eventually become subject to financial penalties.

The New England Journal of Medicine reports that the Health Information Technology for Economic and Clinical Health Act of 2009 has established guidelines for the use of the EHRs as a national goal. The purpose of this legislation is to significantly improve health care through the creation and sharing of EHRs. Healthcare providers must develop methods of Health Information Exchange to achieve the meaningful use of EHRs and receive stimulus funding. Vendors in the healthcare industry are also promoting HIE as a means of obtaining health data from different sources that will allow healthcare organizations to interoperate more effectively.

The Centers for Medicare & Medicaid Services (CMS) provides criteria that determine when a healthcare provider is using EHRs in ways that can be measured objectively, which consist of three primary components under the HITECT ACT. This includes the use of EHRs for HIE to improve the quality of health care. Meaningful use also requires healthcare professionals to make clinical measurements with certified EHRs. The final component of meaningful use includes the electronic prescription of medication, commonly known as e-prescribing.

The HITECT Act also classifies the benefits of EHRs into the following categories:

This healthcare program provides financial incentives to encourage the meaningful use of EHRs. The purpose of these incentives is to establish strict standards, ensuring that users and vendors work towards the same goal when using EHRs. They will also ensure that EHR software meets standards with respect to efficiency, quality and safety. Healthcare providers must meet 18 of 23 objectives to qualify as meaningful EHR users.

Acumen Physician Solutions reports that federal government will rollout the meaningful use of EHRs in three stages by 2015, although only stage one has been defined as of 2013. Physicians who don’t become meaningful EHR users by 2015 will forfeit 1 percent of their Medicare payments. This penalty will automatically increase to 2 percent in 2016 and 3 percent in 2017. It will continue to increase by 1 percent for each year after 2015 if the Secretary of Health and Human Services determines that less than 75 percent of healthcare professionals have become meaningful users of EHRs. This trend will continue until the penalty reaches a maximum of five percent in 2017. 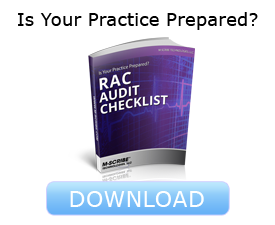