Most practices leave the negotiating of contracts to an office manager or medical director. However, even physicians with a hands-on approach to business and who have used various payers for years may not realize that their practice has more bargaining power than they previously thought.  Keep in mind that insurers are responsible in the following order to: 1) shareholders 2) customers 3) contracted vendors (providers). If you want to get better rates, fewer denials and improve your contractual reimbursements, read on:

What you should know before talking with a payer’s rep

No discussion of payer contract negotiations would be complete without addressing the part that value-based services are starting to play in reimbursements and renewing contracts. MACRA regulations are playing a major role in the move from fee-for-service (FFS) to value-based care, and this includes coding and billing. Gradually including value-based components into the standard FFS contract can help ease the transition – and because this will be the “new normal”, it’s better to do this sooner than later. Medicare codes such as chronic-care management (CCM) and transition care management (TCM) no longer require face-to-face visits for care outside of the office, yet will continue to produce revenue – be sure that these coding and reimbursement changes are noted in the contract. 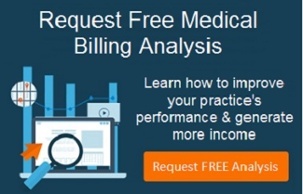 Patrick Dougherty
Patrick Dougherty is the General Manager at M-Scribe. Patrick has worked in the RCM field for 20 years. He was the founder and CEO of his own billing ... read more
Back to blog listing page